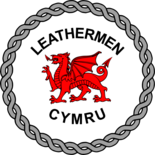 The Club will be called LeatherMen Cymru (LMC) and is referred to in the constitution as ‘the Club’. The Club shall be affiliated to such organisations as shall be determined by the members at a general meeting. Members agree to all rules relating to these club

The aims and objectives of the Club will be:

To provide a forum and meeting place for those with an interest in leather fetish wear, but who also may have an interest in rubber, uniform, skinhead gear and any fetish-wear which is associated or linked to any of these.
To arrange and participate in events linked to these interests both in the United Kingdom and abroad.​​
To promote social, recreational and educational facilities for all its Members linked to these interests.

Membership shall consist of Officers and Members of the Club. Membership shall be open to those that identify as male and honorary Members over the age of 18 with interests described above. It is a condition of membership that Members understand and accept that certain events will, by their implicit nature, be gender specific.

Applications are made to the Officers and vetted by LeatherMen Cymru. After it is accepted, membership commences at the moment payment is made in full, and remains valid for twelve months.

Payment of the subscription shall be a condition of membership.

All members will be subject to the regulations of the constitution and by joining the club will be deemed to accept these regulations and codes of conduct that the Club has adopted, the policies and rules of LeatherMen Cymru. The Officers may, by a majority vote, decline an application for membership or for renewal of membership without being required to give its reasons or to refund subscription.

Members will be enrolled in one of the following categories:

Membership is not transferable to anyone else.

Membership is terminated if the member dies or ceases to exist.

Membership fees will be set annually and determined at the Annual General Meeting.

Fees will be paid by annual subscription and shall be non-refundable. Renewal of membership shall be by payment every twelve months.

A Member whose subscription has not been paid within two months after the sending of a renewal reminder shall be deemed to have resigned from the Club.

The frequency of meetings shall be as agreed by the Management Committee and any changes will be minuted and notification will be made to all members via electronic mail in order to keep the Club’s running costs as low as possible.

Guest and other non-members may be admitted to the activities of the Club as decided by the Officers. The Officers shall have the power to exclude any non-member from participation in any particular activity of the Club.

7.OFFICERS OF THE CLUB

The officers of the Club will be:

Officers will be elected annually at the Annual General Meeting.

The Management Committee will be convened by the Secretary of the club and held no less than One per year.

The quorum required for business to be agreed at Management Committee meetings will be: Two.

The Management Committee will have the power to make, amend, repeal and adopt new policy, codes of conduct and rules that affect the organisation of the club and the running of the Club.

All Club monies will be banked in an account held in the name of the Club.

The Club Treasurer will be responsible for the finances of the Club.

The financial year of the Club will end on: 31st December.

An audited statement of annual accounts will be presented by the Treasurer at the Annual General Meeting.

Any cheques drawn against Club funds should hold the signature of any one Officer.

Notice of the Annual General Meeting (AGM) will be given by the Club Secretary (or another Officer in their absence).

Not less than 21 clear days’ notice to be given to all members, it shall be held as early in the calendar year as practicable, but no later than the 31st day of March each year.

The AGM will receive a report from Officers of the Management Committee and a statement of the audited accounts.

The AGM will set the annual subscription fee.

Nominations for Officers of the Management Committee will be sent to the Secretary prior to the AGM.

All members have the right to vote at the AGM.

The quorum for AGMs will be 25% of the membership.

The Management Committee has the right to call Extraordinary General Meetings (EGMs) outside the AGM.

Procedures for EGMs will be the same as for the AGM.

The Management Committee shall at any time call an EGM of the Club upon the written request of not less than 10% of the paid up members of the Club stating the purpose of the meeting.

Members may vote in person, in writing or may in writing appoint another paid member to attend and vote as proxy on their behalf.

A person who is not a member of the Club shall not have any right to vote at a general meeting of the Club.

All complaints regarding the behaviour of members should be submitted in writing to the Secretary.

The Management Committee will meet to hear complaints within fourteen days of a complaint being lodged. The Committee has the power to take appropriate disciplinary action including the termination of membership.

The outcome of a disciplinary hearing should be notified in writing to the person who lodged the complaint and the member against whom the complaint was made within seven days of the hearing.

There will be the right of appeal to the Management Committee following disciplinary action being announced. The committee should consider the appeal within fourteen days of the Secretary receiving the appeal.

Members of the Club shall treat other with courtesy and all dealings within the Club shall be undertaken in a spirit of comradeship. Should a member’s conduct be considered to be seriously irresponsible or to bring the Club into disrepute the Management Committee will meet and has the power to take appropriate disciplinary action including the termination of membership.

It is the duty of all members to promote the Club, further its aims and growth, to enjoy themselves and the company of others. The Club will not tolerate any behaviour that is racist and will take reasonable steps to meet the needs of all of our members and to encourage anyone to join our group regardless of their race, religion, sexuality, age, gender transition, disability or political persuasion. Any member alleged to have exhibited any form of discriminatory behaviour will be considered for termination of their membership.

LeatherMen Cymru will be affiliated to the following organisations.

Membership of these organisation can be changed by the members at a general meeting.

14.AMENDMENTS TO THE CONSTITUTION

The constitution will only be changed through agreement by majority vote at an AGM or EGM.

A resolution to dissolve the club can only be passed at an AGM or EGM through a majority vote of the membership.

In the event of dissolution, any assets of the club that remain shall be realised by the Management Committee after discharging all liabilities, both actual and contingent. The Management Committee shall pay the residue of funds to any such organisation or body as shall be determined by the members voting at an AGM or EGM. Upon completion of such action the Club shall be dissolved.

LeatherMen Cymru hereby adopts and accepts this constitution as a current operating guide regulating the actions of members.